How does a Wall Street Analyst become a dive instructor in Zanzibar? That is a question I am asked on the boat every day.

If a year ago someone described me what my life would look like in 12 months, I would laugh and call that person crazy. At that moment, I never even tried diving. To think I could be a dive instructor living on a tropical island would be absurd. And silly. Who would ever leave an interesting well-paying job in one of the world’s most prestige financial institutions?

I always admired people who change their life in pursuit of their passion, but I never thought I would be one of them. Not after years of trying to advance myself in a country where dreams come true for those who work hard. Maybe my grandchildren could become free-spirited travelers and artists but not me. As an immigrant from Belarus who came to the USA on my own, I was convinced it was my duty to focus on work, making money and building up a solid base.

I loved my job. To my new friends, it is difficult to imagine that I loved Excel and enjoyed spending hours in the office building scenario analyses and projection models. I never had intentions to give it up. The job gave me a feeling of satisfaction and security. I felt recognized and appreciated, and my career was on an upward slope.

Every day we make choices. Sometimes they are passive choices out of habit – such as getting out of bed to go to work – but they still are choices. Till one day the whole system is shaken and you must make active choices. Even though it appears scary, shock is sometimes necessary to break the inertia, to give you a chance to evaluate whether you are on a right path.

For me it came when a newly-appointed CEO announced a reorganization process. My whole department would be winding down within a year. I would be transferred into a different group. For me, this was a chance to pause and make an active choice. And choices there were plenty. Having worked in the same company for 6 years, I had a large network and a few groups called me with job offers. This was also a chance for a salary bump. At that time, I was also pursuing an international assignment.

I made a decision-making tree to help guide myself through the choices and their outcomes. It’s funny looking back at how I spent so much time thinking about everything, and imagine that traveling was barely in the picture. There was one little box titled “Travel” but for whatever reason it was not an obvious choice.

The decision was brewing for a month but finally was made. I would take a break for 3-4 months. In my thoughts, I was headed to south-east Asia – backpacker’s paradise. However, I always had a dream to climb Mount Kilimanjaro so I decided to get that out of the way. The plan was to do a 3-week overland safari + cultural tour, climb Kilimanjaro, then fly to Puerto Rico and Brazil for my friends’ bachelorettes.

Well, the plans do fall apart. To make the long story short, the girls got scared of Zika virus and changed their Puerto Rico plans, and I could not get visa for Brazil on a short notice. There I was, changing my departure flights scheduled for the day I come down from Kilimanjaro, and booking a new flight to Zanzibar.

I learned about Zanzibar from people on my overland tour, and it sounded like a great place to spend 5 days after the climb to relax. And to take a scuba diving course! I had always wanted to try but never had a chance. So off I went, on a little plane with a little backpack to an island that stole my heart and became my home.

I did my Open water course with Spanish Dancers.
One of PADI’s creeds says that diving can “transform another human being and change a life for the better and forever”. This creed perfectly applies to me.
There is so much beauty on this planet. So much unknown that asks to be discovered. So many things for us to try, while we are like robots, focused on making money and having an elusive feeling of stability. That is how I felt, and I could not put myself to leave the island after 5 days. Everything in me was begging for more diving.

Diving was like some sort of meditative experience – it’s just you and the sounds of the ocean and of your own breath. All stress eased and gave space for happiness. I felt like a child who was seeing the world for the first time. The stars were shining so bright at night, every sunset was of enormous magnificence, and the blueness of Indian Ocean made my heart beat faster every time I was looking at it! I just couldn’t leave. I tried several times but kept postponing the departure.

Then I tried to get the diving out of my system by becoming a Divemaster. I thought if I turn it into a job, I’d kill the passion. Then I became a dive instructor. The passion is still alive, if you wonder…

Sometimes people ask me about my plans for the future. It may sound irresponsible to some (I know it certainly would to me in the past) but I learned not to plan. I’m learning to embrace the moment, to enjoy it to the fullest and to be open for the surprises that the universe may throw at me. I’m learning to be happy here and now. Diving makes me happy, introducing people to the world completely new to them makes me excited – what else can I ask for? And my heart still beats faster every time I see the crystal-blue water of Indian Ocean. I see it every day…

This twist in a life path still surprises me every time I think about it. It surprises me when I shop for fins instead of expensive shoes, a wetsuit instead of fancy dresses and a mask instead of designer sunglasses. I still cannot believe it, and sometimes I wonder if I’m sleeping. But I keep waking up to this dream every day. And I will keep doing it till it stops being a dream, if ever. Our prices are all-inclusive, so there is no extra charge for dive gear. In fact, we offer our guests many free services, such as free pickup service …

END_OF_DOCUMENT_TOKEN_TO_BE_REPLACED 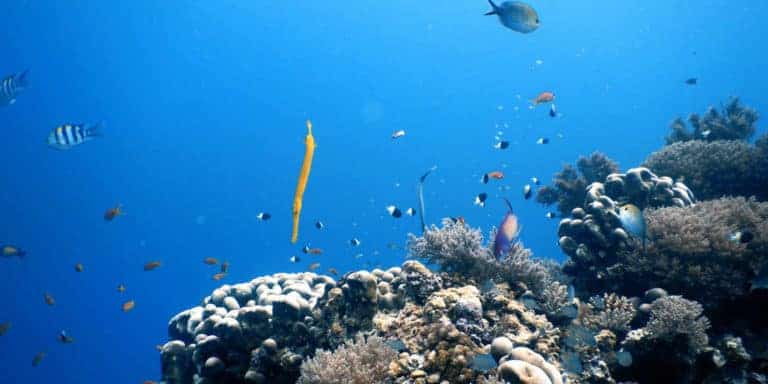 We have specifically designed these packages to cover all your Zanzibar diving holidays needs. We take care of all reservations, we plan and …

END_OF_DOCUMENT_TOKEN_TO_BE_REPLACED Our personal recommendations: Nungwi is the prettiest and most popular beach in Zanzibar. There are tourists all year round, and most …

END_OF_DOCUMENT_TOKEN_TO_BE_REPLACED